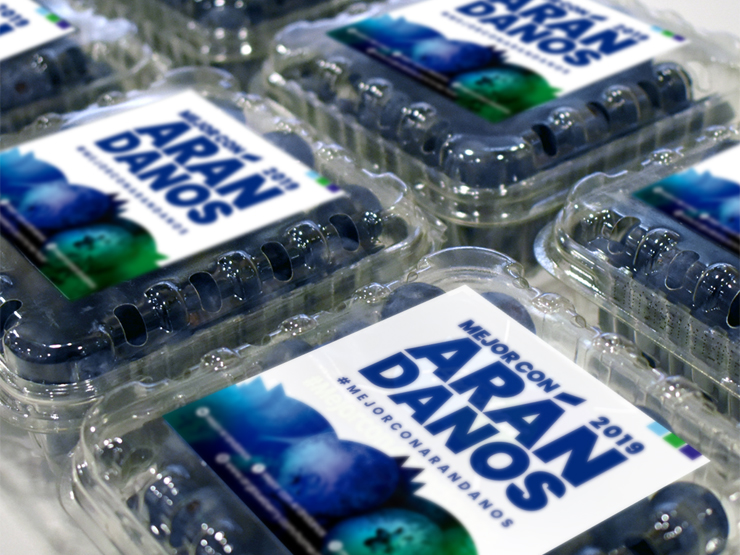 Producers of the Argentinean Blueberry Committee (ABC) celebrate the “blueberry week” once again, being October and November the months of higher production in our country. From October 14 to 20, within the framework of the campaign “Better with Blueberries” which aims at promoting local consumption and position this “super fruit” as a healthy snack for the whole family.

There will be different promotion actions in supermarkets, restaurants, schools, companies, public places and points of consumption in Buenos Aires – CABA, as well as in Tucuman and Concordia. This campaign is framed within the More Fruit and Vegetable Campaign carried out by the Ministry of Agriculture, Livestock and Fisheries.

“Argentine blueberry is recognized worldwide for its excellence, quality and flavor. The objective of this promotion campaign is to bring export blueberries to the table of Argentinians as a fresh, natural and healthy alternative for mass consumption. Therefore, we invite different players to join and help promote the campaign“, stated Jorge Pazos, Executive from ABC and President of CAPAB.

Within the activities to be carried out during the week, we can mention an event for journalists and influencers, promotion actions in public places, universities, schools and companies where blueberries will be offered as a tasting opportunity; raffles will be held online in social media, among others.

Blueberries are defined by ABC as a “super fruit”, due to its high content of antioxidants, fibers, magnesium and vitamin C and as a versatile fruit that offers a healthy alternative to the consumption of snacks and desserts for the entire family. Moreover, the fruit stands out from other productions of the region by its sweet taste.

“Blueberry is a highly nutritious fruit that provides many health benefits such as improvement of cognitive functions, prevention of cardiovascular conditions and diseases of the urinary tract. Moreover, it helps reduce bad cholesterol”, was stated.

Promotion campaign
Within the framework of the campaign, different raffles will be held in social media (Facebook and Instagram @mejorconarandanos). Bags with products will also be sent to different radios, TV programs and influencers to be drawn among the public.

Moreover, on October 18th and 19th, blueberry producers will participate in ExpoAlimentArte where information will be provided, tastings will be offered and live draws will be held. A contest of recipes with fruits and/or vegetables called “CocinArte: choose your season” will be launched on Friday at 6 pm. Such event is carried out by “More fruits and vegetables” in the framework of the World Food Day

Media round
The event, aimed at the press, influencers and general public, will be held on Thursday 17 at 4:00 pm in CAME, 25 de Mayo 457 PB, CABA. Renowned chef, Laura Di Cola, will be talking about the way to include blueberries in the day-to-day cooking, for the whole family and according to different diets; and a nutritionist will talk about blueberries and their health benefits.

EASY RECIPES TO INCLUDE THIS SUPERFRUIT IN YOUR DIET!
#Mejorconarandanos

Blueberry is noble product full of health benefits and super versatile. They can be consumed as a healthy snack or included in salty as well as sweet recipes at all times.

All information, recipes and healthy tips at https://www.argblueberry.com/home/mca/ and our social media @mejorconarandanos.