Blueberry producers, once again, participated in the annual fair “PMA Fresh Summit Convention & Expo”, which was held from October 18 to 19, 2019 in the city of Anaheim, California, United States.

Argentina had a pavilion of 140 m2 and the stand sponsored by the Argentine Agency of Investment and International Trade had a large amount of visitors.

Results were satisfactory in a natural setting for meetings and relationships with recipients and importers who year after year renew the hope of having first fruits of good flavor Argentine fruits.

From ABC, it was pointed out that “Our country continues to focus all efforts on exporting fruit with good flavor and status. Due to this, Argentine fruit stands out from the rest and markets recognize these

attributes and want our blueberries”. It was added that: “estimates show further growth in sea shipments and an increase in organic production”.

Within this framework and for a few years ago, members of the Argentine Blueberry Committee (ABC) bet to differentiate themselves from other actors in the region through organic production of fruit in the three producing areas of the country. Among export destinations, Europe and the United States can be mentioned, being organic fruit a growing market worldwide, favored by the increase in healthy eating trends.

Argentine organic blueberry enhances the specific features of our fruit, which stands out for its

sweeter taste and also have numerous health benefits such as the improvement of cognitive functions, prevention of cardiovascular diseases and reduction of bad cholesterol.

conditions. It has to do with a product in line with sustainable trends, which adapts to the maelstrom of daily life by being so convenient and a healthy snack alternative suitable for the whole family. 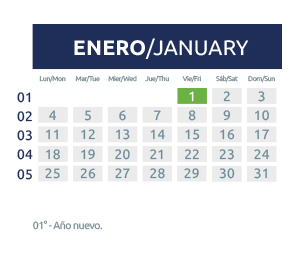