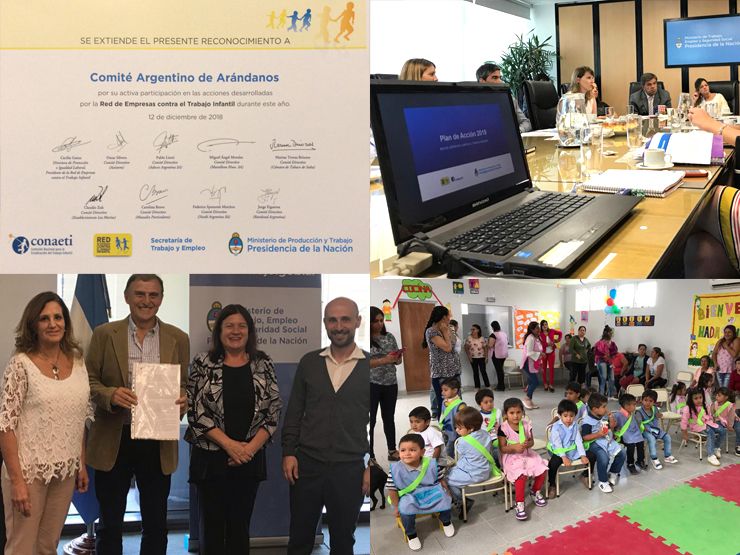 The Argentinean Blueberry Committee (ABC), led by Federico Baya, was recognized by the Enterprise Network against Child Labour (Red de empresas contra el trabajo infantil) for its active participation and development of actions in this matter during the present year.

ABC highlighted the work being done together with the Network, and expressed their full support to the National Plan for Prevention and Eradication of Child Labour and Protection of Adolescent Workers 2018-2022, which is an objective for all members of the sector.

Carla Ginobilli, who was present at the ceremony on behalf of ABC, said “we are highly committed to the Work Plan and participating actively in several subcommittees of the Network, supporting all actions. In this way, we continue renewing ABC commitment to working to raise awareness against child labour”.

It is important to mention that more and more blueberry companies are joining the Network, in this occasion, Berries del Sol S.A. was incorporated into the Network.

In this sense, blueberry producers admit that this was a very positive year since the first child care centre was opened for children whose families work in the harvest in Sargento Moya, province of Tucumán. “We hope to replicate this action next year and be able to open more centres in the country to further deepen this initiative which is essential in order to continue strengthening the rights of those who work in the harvest and as well as their children´s,” ABC said.