The Argentinian Blueberries Committee (ABC), led by Federico Bayá announced the launching of the 2018 blueberry season. “We have great expectations about deepening our positioning in the markets with the main focus on preserving quality and ensuring the sweetness that makes our fruit stand out in the productions of the region”, said Bayá.

In the framework of the beginning of a new season, ABC relaunched the campaign “Taste the Sweetness, Enjoy the Difference”, aimed at the external market. “We are happy to carry out this campaign for the second year running since it has worked very well and we aim to continue along in the same path and diversify markets,” commented Bayá.

It was stated from the Committee that this year’s campaign will be focused on the main markets: USA, Europe and also China, a country that has recently opened its market to Argentina, with the visit of eastern officials to the ABC production facilities.

Dean Li – Dole China (China)
“I think argentine blueberries can meet our requirements because the taste is very good, and its sweetness cannot be compareD to others’.

Meanwhile, in USA, different promotion actions for blueberries are being planned in the framework of the PMA fair, which takes place in the city of Orlando, Florida, where there will be product tasting, scheduled meetings and promotions, among other communication activities.

Teddy Koukoulis – Wish Farms (US)
“The quality of Argentina fruit is going to be outstanding and the taste is really, really good,”

On the other hand, in Europe, a promotional campaign will be carried out in the United Kingdom together with the “British Summer Fruits” which will run from October 10 to December 10, with the objective of “proposing Argentine blueberries as the best option for the British autumn” reported ABC.

Alexander Neves – Everfresh (Sweden)
“I like the Argentine varieties and we are surprised by the level of technology in plants.”

Regarding internal market, producers will once again launch the “Mejor con arándanos” (Better with Blueberries) campaign, which was developed last year together with the program “Más frutas y verduras” (more fruit and vegetables) headed by the National Secretariat of Agroindustry in order to promote the consumption of the fruit in our country.

“Since we decided to target the domestic market, we managed to obtain a much more constant presence in greengroceries and supermarkets and supply fruit of export quality, which has been quite an achievement knowing that in our country the consumption of fruits and vegetables is below the recommended amount. This year, we expect to exceed the past experience “said Bayá.

Likewise, producers are getting ready for the “Week of Blueberries” which begins on 29, October and matches the month with highest fruit production. Different promotion activities are planned countrywide. 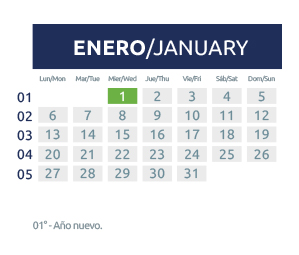