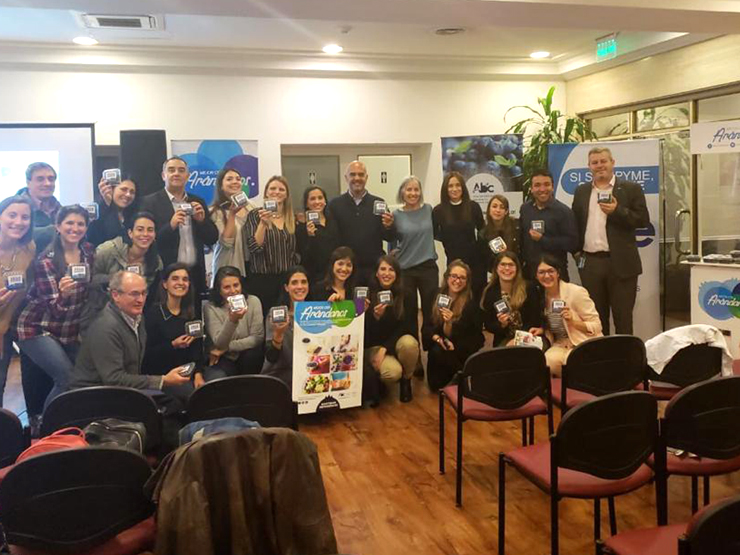 Today, producers of the Argentinean Blueberry Committee (ABC) highlighted the results achieved in the “Better with blueberry” campaign, https://www.argblueberry.com/home/mca/, as well as the “Fruteá Tu Escuela” initiative, a healthy eating contest which sought to popularize fruit in schools countrywide and a recipe contest with fruits and vegetables, ” Cocinarte, elegí tu estación ” (Cocinarte, choose your season) conducted by the Ministry of Agriculture, Livestock and Fisheries through the campaign “More fruit and vegetables”.

“The linkage among different stakeholders allows to enhance the various productions. Campaigns such as “Better with blueberries”, “Fruteá tu Escuela” and “Cocinarte” are not opposed, on the contrary, they mutually feedback and work together”, ABC explained. 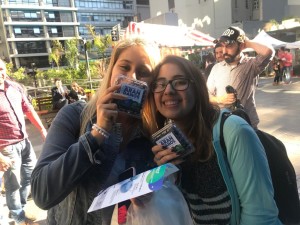 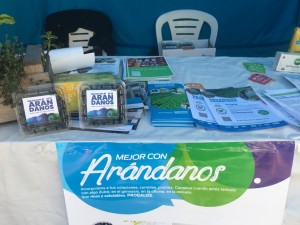 “The Better with Blueberries campaign was a success since we were able to promote our fruit and their features that make our fruit different in the world: excellence, quality and flavor”, claimed ABC and added: “we bring export blueberries to the table of Argentineans as a fresh, natural and healthy alternative to mass consumption”. This was the third year in a row that this communication campaign was carried out, although it has presence at a national level, activities were concentrated in production provinces such as Tucumán, Salta, Entre Ríos, Corrientes and Buenos Aires. Among the most outstanding actions we can mention talks in central markets, talks in schools about healthy issues, participation in different mass events with stands providing information, tips and advice on how to consume blueberries as well as tastings, raffles in social media, presentations of the campaigns at fairs, congresses and workshops, delivery of media kits to journalists, influencers and opinion leaders, presence in the media, among others.

On the other hand, “Fruteá Tu Escuela” (https://www.fruteatuescuela.com.ar/) in its third edition, was mainly a federal competition. More than 50,000 students from the 23 Argentine provinces, plus CABA, participated. The action called for the creation of “the best advertising on fruits” to win important prizes, among which the monthly delivery of fresh fruits during the next school year stands out.

With the purpose of transforming eating habits among young people, “Fruteá tu Escuela”, an idea of the company Tropical Argentina, sought participants to implement a “marketing of healthy food” through advertising pieces. Students and teachers, organized in teams, made posters in kindergartens, advertising banners in primary schools and advertising videos in secondary school.

“Fruteá Tu Escuela” is noted for its originality in the actions that the fruit and vegetable sector carries out to promote the consumption of fruit and vegetables in our country. But it is also an example of coordination and joint work, which is shown in the strong support of municipalities, nutrition centers, supply markets and College of nutrition, among others, which accompanied the development of the contest and contributed to its dissemination. Concerning numbers related to child obesity in our country show the need to swift the food paradigm, encouraging the consumption of healthy food, especially food produced by Regional Economies, and carrying out actions that are being developed in different sectors, like #MejorConArandanos which has a broad impact.

Finally, CocinARTE Contest (https://www.agroindustria.gob.ar/sitio/areas/inscripciones/mas-frutas-y-verduras/), was another action to encourage national consumption of fruit and vegetables among the population of Argentina.

A total amount of 130 recipes from 55 towns in the provinces of Entre Rios, Chubut, Buenos Aires, La Rioja, Autonomous City of Buenos Aires, Córdoba, San Luis, Formosa, Rio Negro, Santa Fe, Tucumán, Misiones, Neuquén, Jujuy, Mendoza, Salta and Tierra del Fuego were received. Proposals, considerably diverse were presented, including sweet, salty, as well as sweet-and-sour preparations. The jury was made up of renowned chefs such as Juan Braceli, Juan Ferrara, Ximena Saenz and Mr. Diego Sivori who holds a degree in nutrition. They had the difficult task of evaluating recipes and selecting winners, following the criteria of healthy characteristic, creativity and ease of preparation, as well as the better use of ingredients (that is to say, absence of waste) and matching of the ingredients with the season.