The Argentine Blueberry Committee (ABC) has reopened two Early Childhood Care Centers this year to offer an educational option for harvesters’ sons and daughters in production areas. One more center is expected to be opened in Tucumán and there is also a project to replicate the strategy in Entre Ríos.

Season 2021 is the first one where the Argentine Blueberry Committee (ABC) partner companies have implemented the Social Compliance System (SCS): a set of procedures and good practices that the sector designed to put into action its commitment to responsible and child labor-free production, with a focus on promoting education in production areas. The SCS has 3 interrelated components: Prevention, Monitoring and Care.

Early Childhood Care Centers are part of the SCS’s prevention actions and Community Services that the sector promotes together with public and workers’ organizations: they are spaces that provide care and support so that harvesters can go to work with peace of mind because they know that their children are in a safe place where they play and are stimulated according to their age.

Two care centers have already been opened and two more are under construction in the country.  Close to 500 families of harvesters throughout the country will be benefited.

There are already two care centers in operation in the towns of Santa Lucía and Sargento Moya in Tucumán. A care center in León Rouges is also planned for this production area. An assessment is being carried out, for the production area of Concordia, Entre Ríos, in order to replicate the model which will be adapted to the needs of the region.

Care centers are a joint initiative promoted by ABC and its regional entities (APAMA, APRATUC and CAPAB) in partnership with the municipal and provincial governments of Entre Ríos and Tucumán; with RENATRE; with the National Ministry of Labor, Employment and Social Security, through its program Buena Cosecha; and with the methodological assistance of the Desarrollo y Autogestión (DYA) NGO

Aimed at harvesters´ families, these centers offer care services for children aged 1 to 4 years and can accommodate approximately 30 boys and girls in each case.

What is the importance of a Care Center in production communities?

“For me and for many people, this center is very important because it does not complicate the rest of the family in taking care of my son,” says Liliana Herrera, Néstor’s mother (3-year-old), who attends the Sargento Moya Care Center.

For Sergio Díaz, community delegate of this town, the Care Center “is a significant support where mothers and fathers are able to go to work without any worries”.

Roberto Barrera, community delegate of Santa Lucía, agrees with Díaz: “Here most of the population is engaged in the harvest of lemon or blueberry, we noticed that mothers were leaving their children with other family members to go to work. This is an opportunity for women to go to work and be sure that their children are in good hands,” he explains.

Francisco Estrada, producer and ABC partner, says that the decision of the industry to get involved in promoting education is in line with the commitment to responsible production: “We get involved to provide our customers with the security of a product that has been made with responsibility. This differentiates our product in how it is produced, it is a product made in a responsible way”, he says. 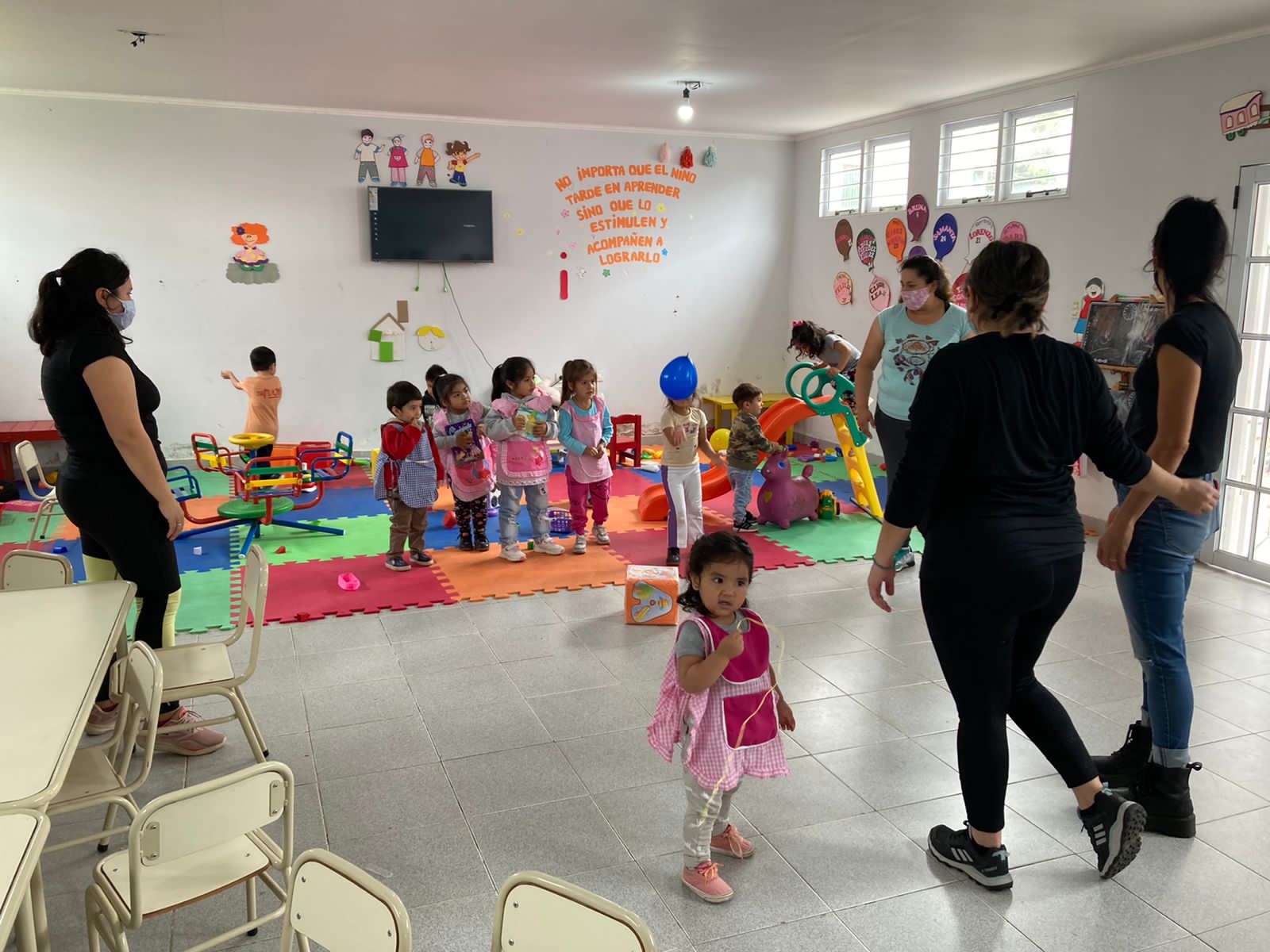 “We promote education to support children so that they can do what they have to do and be able to have a better future.”

Betina Castro is a member of DyA, an NGO, which provided technical assistance to the project, and explains that the idea behind Care Centers “is that the methodology has to do with non-formal education and the development of new habits and healthy eating”.

Luz Santucho is a teacher in Santa Lucía and recognizes that “there are many parents who do not have the resources to afford a babysitter. This Center is great for them, they leave their children here and go to work with peace of mind, they know that their sons or daughters will not go out on the streets, that they will not get burned when making a mate and that they are not in danger”, she says.

Daniela García, Training Secretary of RENATRE, says that “this joint work with the business chamber of the sector gave us the opportunity to implement three centers in Tucumán, which are essential for the eradication of child labor, for the promotion of decent work and for the protection of children’s rights”.

The Argentine Blueberry Committee accounts for more than 80% of the country’s exports. There are around 2550 production hectares in Argentina. In addition to its core promotion activity, the Committee is currently addressing highly important issues for the industry, such as the positioning of Argentina as an counter-seasonal supplier of blueberries in the northern hemisphere, the delivery of reliable and accurate information on blueberries exports from Argentina to different markets, and all that can impact on the production and export of blueberries.