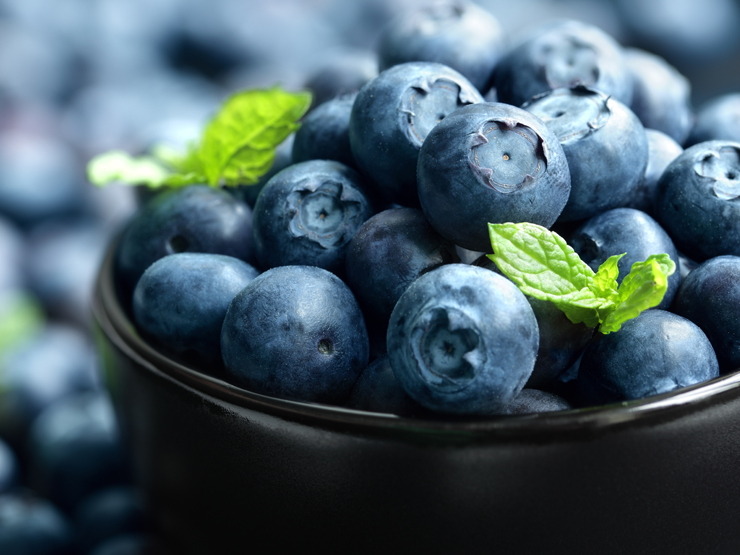 Argentina has comparative advantages to provide this growing market with multiple products from its regional economies due to the variety of climates, the fertility of its soil, its entrepreneurship and the possibility to supply on counter season.

With 3.7 million hectares under organic monitoring during 2019, Argentina is the second largest country with certified organic surface in the world, only behind Australia. This is mainly because of the livestock production that occupies 3.4 million hectares, while the remaining 238 thousand hectares are destined to fruits and vegetable production. In this context, there is an important growth in the harvested area of blueberries that went from 156 hectares in 2011 to 1,001 hectares in 2019.

The production of blueberries in Argentina is located in a latitude where there is thermal amplitude and seasons well defined throughout the year that allows the production of a fruit with high content of sugar and therefore, sweeter. At the same time, the production is more natural, which is the result of soils rich in organic matter and nutrients, as well as a natural environment that does not favor the development of pests, allowing crops to be very healthy and environmental intervention to be minimal. All these added to the fact that the water quality is so good that it doesn’t need any type of intervention, results in organic production being able to occur very naturally.

Organic certification with approval for the UE, Japan and Switzerland

A fundamental characteristic that has made possible this prestigious position for the country from the beginning is its standard and control system. Facundo Soria, Coordinator at the Organic Production Area in the Ministry of Agriculture, Livestock and Fisheries, explained that “since 1990 Argentina has organic regulations very similar in its requirement to that of the European Union, who immediately recognized us as a third country. This allowed us to quickly access and position ourselves as a reliable supplier in the main consumer market of organic products at that time. A fer years later, Argentina gave a legal protection to the entire system through the Law 25.127/1999.” Currently the Argentine organic certification has approval for the European Union, Japan and Switzerland, and is in negotiations to achieve equivalences with the United States and South Korea. “These equivalences allow us to reach more and more consumers. Argentine organic products, especially fruits, are highly recognized abroad, not only because of the country’s prestige and the endorsement given by the National Service for Agri-food Health and Quality (SENASA), but also because of the intrinsic quality of the products.”

Organic blueberry production was slow at first, and as knowledge spread, the growth was unstoppable. Francisco Estrada, representative of the Argentinean Blueberry Committee (ABC), explained that “in the Northwest (NOA), the climatic factor has allowed the transition to organic production to be made easily. In addition to the fact that there is a clear global trend for consumers to choose products with these characteristics.” In this area, between 80% and 90% of blueberry production is organic or is in the process of certification.

European Union and the United States, the main export markets

Exports markets evolved through time. Until 2008, the main destination was the United Kingdom. That year the demand fell sharply. In 2010, the United States began showing growth that later turned out to be unstoppable and, shortly after, Europe equaled and even exceeded that demand. According to official data from SENASA, the main destinations for argentine organic blueberries were the European Union with 56% of the total and the United States with 39%. It is important to mention that, in the case of the U.S. market, the exported volume is surely much higher, since there is a universe of producers that only certifies with the U.S. certification and not with Argentina’s, so they are not accounted in the local statistics.

Development opportunities in Asia and the domestic market

According to Estrada, growth opportunities are important, first in the markets where Argentina is already present and has yet to make progress, such as the U.S., but also in those markets that are not yet developed like China, Southeast Asia and India, where the potential is huge.

The domestic market also represents an opportunity for development. In 2019 it represented 13,311 kilos, 0.7% of the total production volume, ranking fourth behind pears, apples and plums. In this sense, Soria stressed that “there is a boom in agroecological bags and, although there is no “agroecological” category of fruits as in the case of vegetables, generally that supply is complemented with organic fruits and that causes demand to skyrocket. This shows that the consumer is an increasingly conscious consumer, concerned about the food he eats.” In the same line, Estrada said that “in 4-5 years the local market will be very important because we are educating our children with more and more concern for health and the environment, and these children are beginning to define the purchases at their homes.”

To this scenario, the professionalism at the technical level is added, with direct impact on competitiveness. “There are research centers and universities that are focused on this differentiated production. Argentina is also doing well in the development of production supplies. As everything grows, as there are more and more producers, more volume, more technicians, it causes the costs of economy of scale to begin to liquefy because efficiency in logistics, transportation, cold, storage, throughout the entire chain is higher. Our potential is enormous.”

Currently, the Ministry of Agriculture, Livestock and Fisheries is working and promoting a bill that includes different instruments to promote organic production. Among other incentives, there are also specific subsidies and differential financing programs, as well as the reduction to export duties for these types of products. The implementation always depends on the political situation.