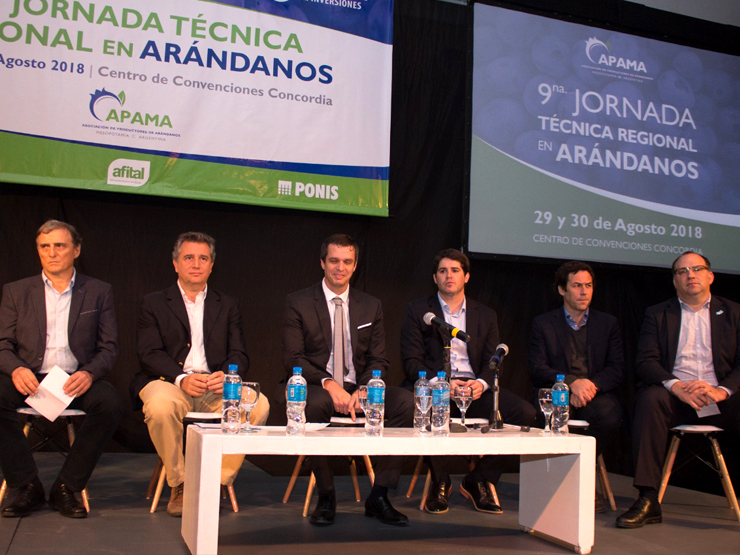 The ninth edition of the Regional Technical Conference on Blueberries began this Wednesday morning, organized by the Association of Blueberry Producers of the Argentine Mesopotamia (APAMA), partner institution of the Argentinean Blueberry Committee (ABC). The meeting brings together around 200 attendees including producers, professionals, government officials, advisors and technicians associated with the production of blueberries, for two consecutive days of training sessions and business rounds where delegations from Thailand, China, Sweden and Germany take part.

“Today, the demand for blueberries increases more than the demand for any other fruit. Our first advantage is that it is a desired product, and the second is that today all sectors, public and private, are sitting at the same table looking in the same direction, “said Alejandro Pannunzio, president of APAMA and vice president of ABC, in his opening speech.

The opening ceremony was attended by the Minister of Agroindustry, Miguel Etchevehere, Undersecretary of Agriculture, Luis Maria Urriza, President of SENASA Ricardo Negri, as well as the Mayor of Concordia, Enrique Cresto and Secretary of Production of the province of Entre Ríos, Álvaro Gabá

“We came this morning to accompany producers, which is our major work. Today we are present in this important event with an activity that differentiates us worldwide, a much sought- after product due to the time of the year in which it is produced and its quality. The objective of the Government is to help create the conditions that will generate more employment, add more value in the places where it is produced, and at the same time help reduce poverty”, said Minister Etchevehere, in front of blueberry producers.

Meanwhile, Álvaro Gabás Secretary of Production of Entre Ríos, said that the province “is consolidated as a producer and exporter of blueberries, and this is a joint work between the public-private sectors. Governor Bordet is constantly accompanying the sector with his trade missions. He established a state policy and there is a long-term vision. We need to open markets and position Entre Rios in the world.”

On the other hand, Mayor Cresto said that “the Municipal Council of Production works every day with an agenda that includes the problems of the sector and that among all the political forces problems are disaggregated to be solved like for example the Seed Law and in this way we work together to help solve different issues and support the sector”.

Likewise, Ricardo Negri explained, on behalf of SENASA, that “we have a good mass of information and knowledge to define new health plans but it is useless if we do it alone, we need to have a joint work and a clear agenda to think about next year. Looking after health and our production ecosystem, and ensuring the safety of what is consumed, depends on all of us.”

During these two days, speakers will address issues such as weed control, the water footprint in the production of blueberries, disease management, water demand and the quality of fruit. Potential of the Asian market will also be addressed. 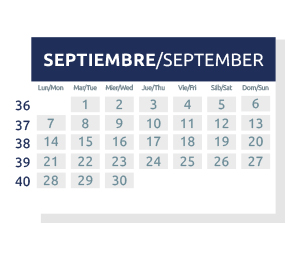